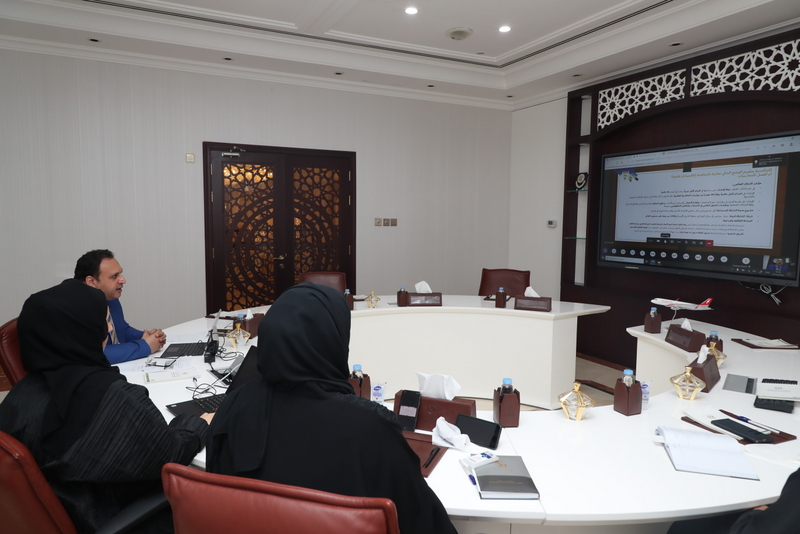 Sharjah Economic Development Department “SEDD” organized a virtual workshop under the title “Industry Future in Sharjah”. It was held in under to promote Sharjah’s position as a regional and global center for industry and to contribute to achieving a competitive and innovative national knowledge-based economy. Such thing was done in order to raise awareness of the importance of the industrial sector in supporting the policy of diversification of the economy.

Dr. Amr Saleh, the Economic Advisor in SEDD, presented the virtual workshop. It was participated by 14 investors.  The workshop discussed the role of the industrial sector in supporting economic development in Sharjah. Likely, it included enhancing the emirate's GDP, especially in light of the diversity of industrial products, which were not limited to the industries of oil derivatives, but extended to include the aviation industry, aluminum, building materials industry, food industries and medicines.

In addition, the workshop emphasized that Sharjah has many factors that have contributed to attracting industrial investments to it, as the emirate has an industrial base spanning more than 40 years. In addition, Sharjah has many industrial regions and cities, diversification in manufacturing and sustainability, while the new strategy aims to achieve sustainable development that is based on innovation, as well as supporting small and medium enterprises, and activating industries based on invention, and advanced skills.

From her side, Mariam Nasir Al Suwaidi, Deputy Director of the Industrial Affairs Department, confirmed that Sharjah has succeeded in creating an appropriate and strong infrastructure that supports the visions and plans of the industrial sector. Likely, it showed that it is able to keep pace with the industrial revolution, and embodied the government's directions for the emirate to become a leading global model in the proactive confrontation of the challenges of the industrial future.

Al Suwaidi clarified that the industrial sector is one of the main engines supporting economic development in Sharjah and plays a pivotal role in enhancing the emirate's GDP. She also confirmed that Sharjah would continue its approach to achieve targeted economic diversification, so that its future will be based on leadership at the non-oil sectors and the future economy.

She added that Sharjah's strategy depends on balanced growth in economic sectors with high benefit and historical comparative advantage in health, education, tourism and heritage sectors. In addition, it pays great attention to the industrial sector, which is one of the main engines of growth, in addition to other sectors such as retail and wholesale trade and some other consumer sectors.

Moreover, the Government of Sharjah is making great efforts to develop national cadres. Such thing is done by supporting citizens to lead the wheel of industrial growth. Likely, the emirate attaches great importance to encouraging Emirati small and medium enterprises in the industrial sector and supporting them to achieve sustainable development, as it has launched many initiatives to encourage citizens and their involvement in the industrial sector. It is also working on establishing research partnerships with international institutions, all of which are initiatives that encourage Emiratis to launch and improve industrial projects.