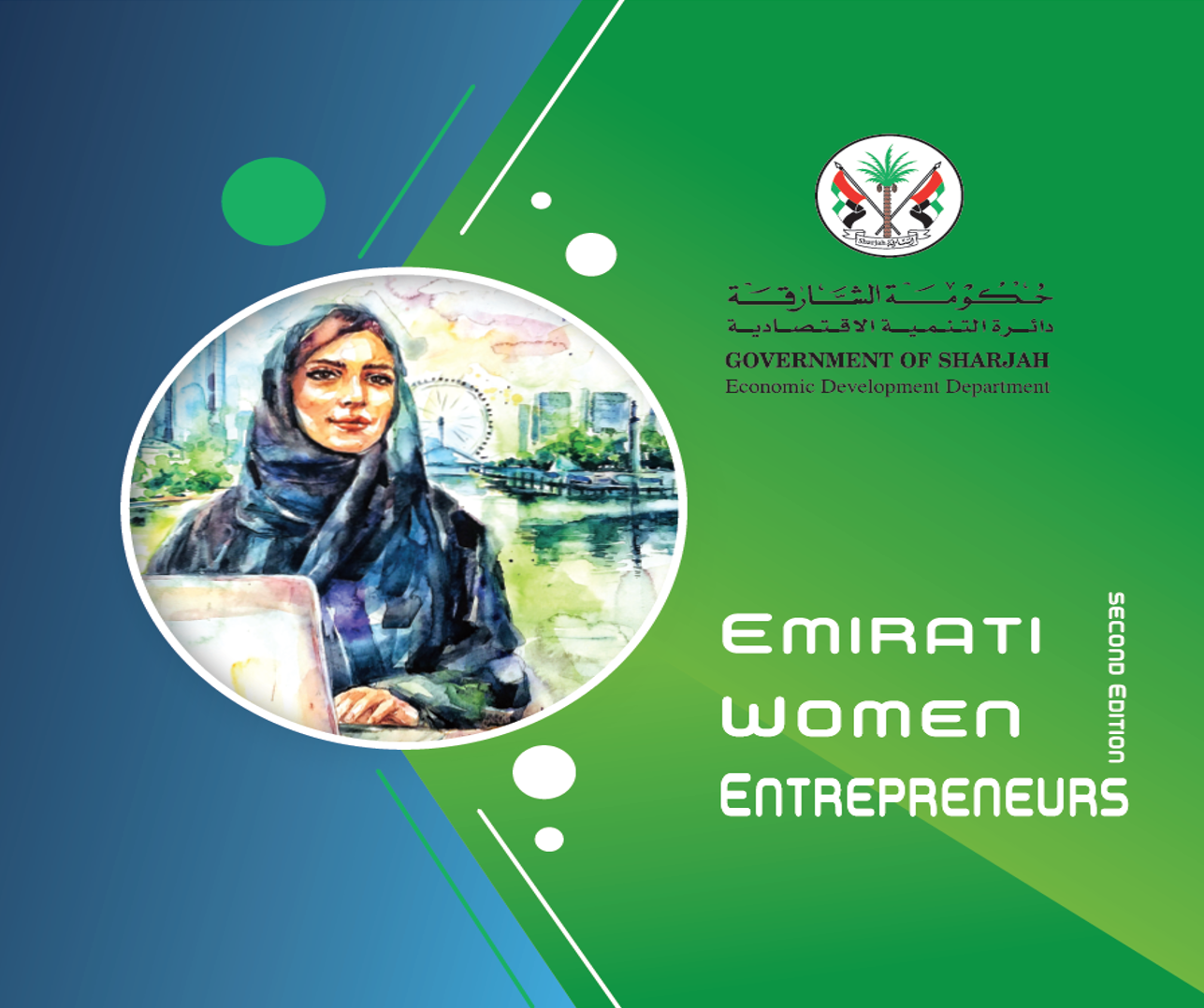 Sharjah Economic Development Department “SEDD” released the second edition of “Emirati Women Entrepreneurs” Booklet, which highlights the role of women in promoting the process of comprehensive and sustainable development in the emirate and represents SEDD’s efforts to support their needs in the business field. Such thing falls within SEDD’s concerns to implement the wise directives of HH Sheikh Dr. Sultan bin Muhammed Al Qasimi, Supreme Council Member and Ruler of Sharjah, to empower women and enable them from contributing at the comprehensive and sustainable economic development process.

The booklet deals with the current situation of female entrepreneurs in the emirate, the historical role of Emirati women in self-employment, and the size of women's participation in economic life. Also, it comprises examples of the Department's initiatives and plans in supporting women, including a number of distinguished projects for women, which are inspiring success stories of existing projects in the emirate.

In this context, HE Sultan Abdullah bin Hadda Al Suwaidi, SEDD Chairman, affirmed that the Department is keen to support the role of women and to empower them. He stated that such thing falls within its strategic plan to activate and support their role since its establishment, whereas it has attracted a wide range of female citizens whom are working in leadership positions and tasks in it.

HE indicated that the Department provides a special section for women that receives women entrepreneurs in order to facilitate procedures and provide distinguished services for them. HE also specified that the Department focuses on women, as the female cadre occupies a number of leadership positions in SEDD.

Additionally, HE pointed out that SEDD launched “Eitimad” domestic license, which succeeded in supporting male and female citizens to invest in small projects from houses in a way that  matches their potential and energies, especially women. It should be noted that the studies confirmed that there has been a growth in the rates of women business licenses, which greatly contributes to achieving sustainable economic development.

Likely, HE expressed that there is a continuous cooperation between SEDD and various governmental, private and specialized agencies for women. Such thing is clearly displayed through the MOU that SEDD signed with as NAMA Women Advancement Establishment in addition to placing an office for them at SEDD headquarter to encourage women's projects and simplify procedures to attract businesswomen to invest in the emirate.

From her side, Noura bin Sandal, Deputy Director of Planning and Economic Studies Department at SEDD, confirmed that SEDD is working to implement economic plans and conduct studies to support female entrepreneurs and provide a suitable environment for investment. This is done by simplifying procedures and facilitating them for investors and providing women with the developments and requirements of entrepreneurship, in light of the competitive work environment to enhance their entrepreneurial skills and abilities.

Likewise, she indicated that SEDD provides the necessary support for women to bring their work to a global level and inspires women in society to take on more leadership roles. All of this fall within its role to supervise economic activities and licenses, in addition to place strategic plans in Sharjah.